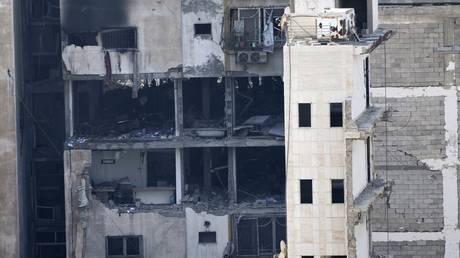 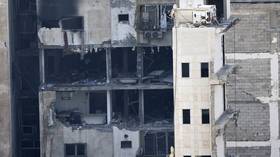 Turkey has condemned Israeli military operations in the Gaza strip, urging for deescalation amid an exchange of IDF airstrikes and rocket fire from Palestinian militants. Washington, meanwhile, has voiced full support for the Jewish State.

The Turkish Foreign Ministry said it “strongly” condemned the Israeli airstrikes on Friday, calling for “restraint and common sense” while stressing the need “to immediately end these events before they turn into a new conflict.”

“We find it unacceptable that civilians, including children, lost their lives in attacks,” the ministry said, adding “We are deeply concerned about the rising tension in the region after the attacks.”

The comments came after Israel opened a new offensive on Gaza earlier on Friday, ‘Operation Breaking Dawn,’ which commenced with airstrikes on an apartment building and allegedly killed a senior commander in Palestinian Islamic Jihad (PIJ), a Gaza-based militant group. Israel’s military said it targeted up to 20 additional PIJ fighters, while Palestinian authorities reported at least 10 noncombatants killed, including a five-year-old girl.

In the early hours of Saturday, the Israel Defense Forces (IDF) said it bombed other PIJ sites in Gaza used “for the production of explosives,” as well as several PIJ “rocket launchers,” sharing footage of some of the sorties.

Ahead of a call between Israeli Defense Minister Benny Gantz and his American counterpart Lloyd Austin, Washington’s envoy to Israel Tom Nides declared that “the United States firmly believes that Israel has a right to protect itself,” though added that officials were “engaging with different parties and urge all sides for calm.”

Pacific power: Fate of the future hangs in the balance

What Are Muscle Knots?

US Law on Forced Labor Could Change China’s Cotton Industry

Chinese Enterprises and Tycoons are in a Money Transfer...