Blocked trans cyclist claims she has been demonized

Blocked trans cyclist Emily Bridges claims she has been 'harassed and demonized' after being ruled out of the National Omnium Championships Read Full Article at RT.com 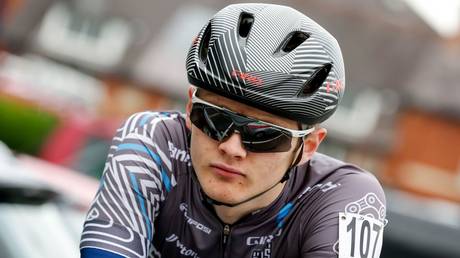 Transgender cyclist Emily Bridges claims to have been "harassed and demonized" after learning she cannot compete in this weekend's National Omnium Championships.

To alleged protests from female competitors, Bridges looked set to take part in her first-ever women's event on Saturday until global governing body Union Cycliste Internationale (UCI) told British Cycling that the 21-year-old will only be allowed to compete in events where international ranking points are allocated when her eligibility to star in international championships has been confirmed.

Bridges insists she has provided medical evidence of her validity to race as a woman, but has "little clarity" on her "alleged ineligibility".

"No-one should have to choose between being who they are and participating in the sport that they love," Bridges lamented in a social media statement.

Responding to British Cycling's statement on Wednesday where it was announced she was not "eligible to participate" in Saturday's event, Bridges said: "Despite the public announcement I still have little clarity around their finding of my ineligibility.

A Statement from Emily Bridges pic.twitter.com/vyzvt7nqvo

US outlines the step that may cost Putin an 'astronomical'...

The Unmasking of America

China’s Olympians’ Pledge to ‘Repay the Leader With All...

Chinese and Russian Hackers Could Bring the US to Its Knees

Are Russian Forces Carrying Out Genocide in Ukraine?