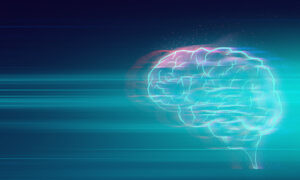 A guide (pdf) published by the Memory and Aging Center of the Weill Institute for Neuroscience at the University of California San Francisco says that short-term recall and the formation of new memories are some of the functions impacted during the early stage of dementia.

Dementia is a general term for impairment of memory or cognitive skills and daily functioning, such as communicating, walking, and navigating.

According to traditional Chinese medicine, an insufficient blood supply to the brain results in degeneration and forgetfulness. Cerebral fluid stasis, chronic inflammation, and amyloidosis can deteriorate brain functions and one’s ability to remember.

Dr. Wu Kuo-Pin recommends the following recipes to relieve the above symptoms. 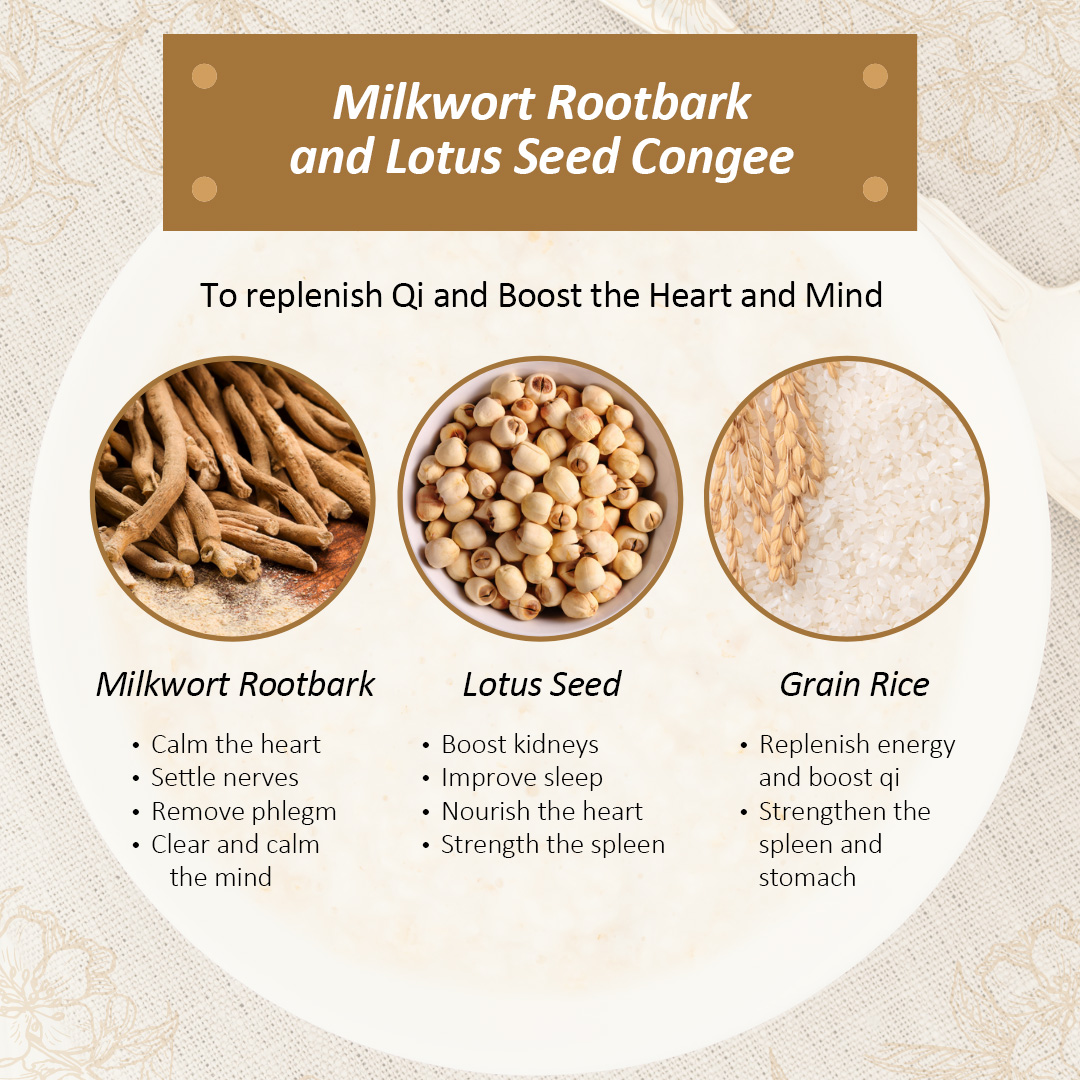 Functions: replenishing, and boosting the heart and mind.

This recipe is suitable for anyone with the following:

In TCM, this group of patients suffer from weakness in the heart and spleen. This recipe is suitable for patients who suffer from, in modern Western medicine, brain fog as the primary symptom due to neurasthenia, chronic fatigue syndrome, or menopause.

Notes: Thinleaf milkwort root has a bitter taste and should not be cooked for very long. To achieve the best results, have the congee regularly for 3-6 months. It is not suitable for patients with ulcer diseases or gastritis. 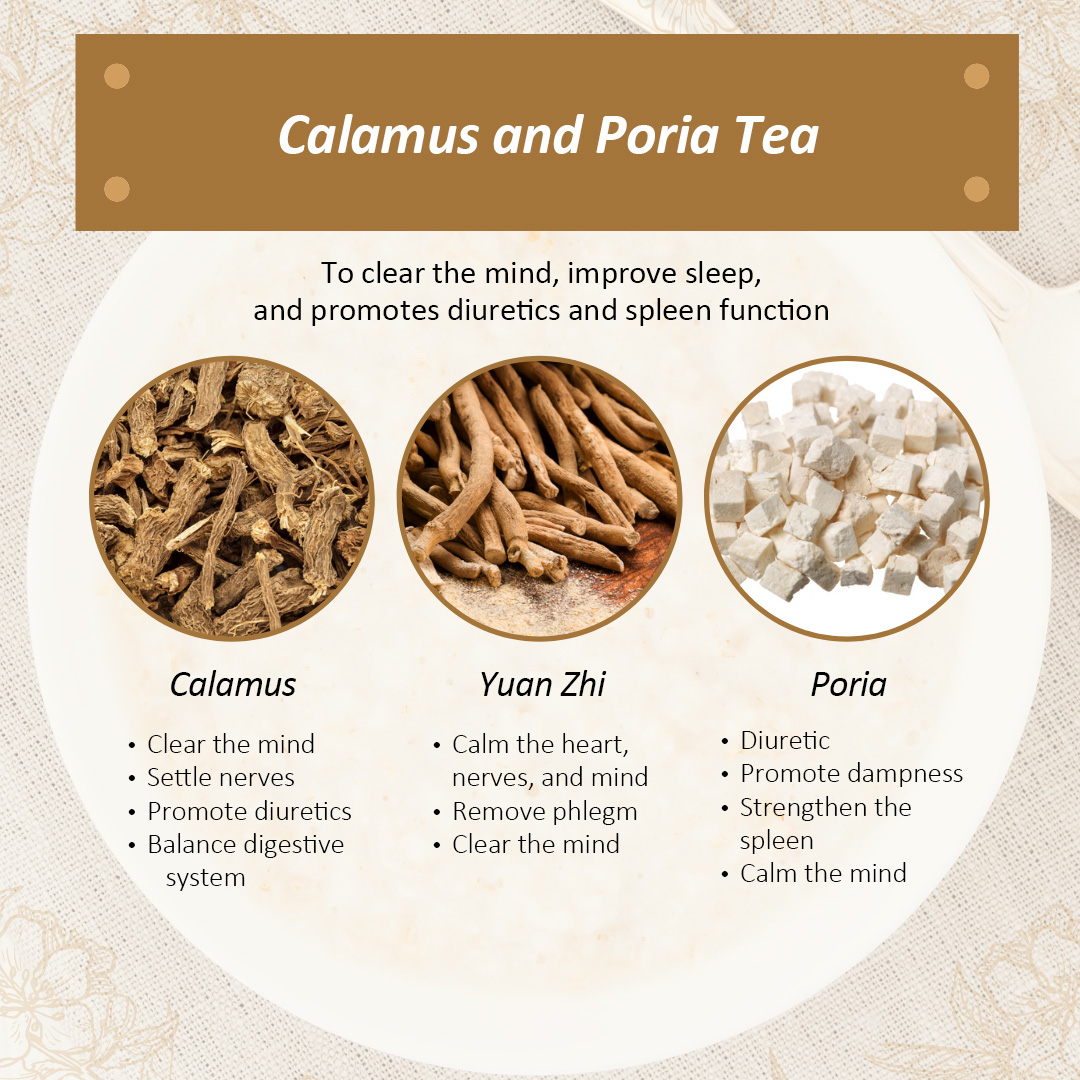 Functions: Unblock and calm the mind; strengthens spleen and has a mild diuretic effect; suitable for brain fog and insomnia due to cloudy phlegm; alleviate forgetfulness; Insomnia; dizziness; tightness in the chest; nausea; vomiting; white and greasy tongue; and rapid pulse

In TCM, patients in this category usually have phlegm turbidity. In modern Western medicine, these patients have insomnia primarily caused by neurasthenia, chronic fatigue syndrome, or perimenopause or menopause.

Notes: Thinleaf milkwort root has a bitter taste and should not be cooked for too long. To achieve the best results, have the congee regularly for 3-6 months. It is not suitable for patients with ulcer diseases or gastritis. 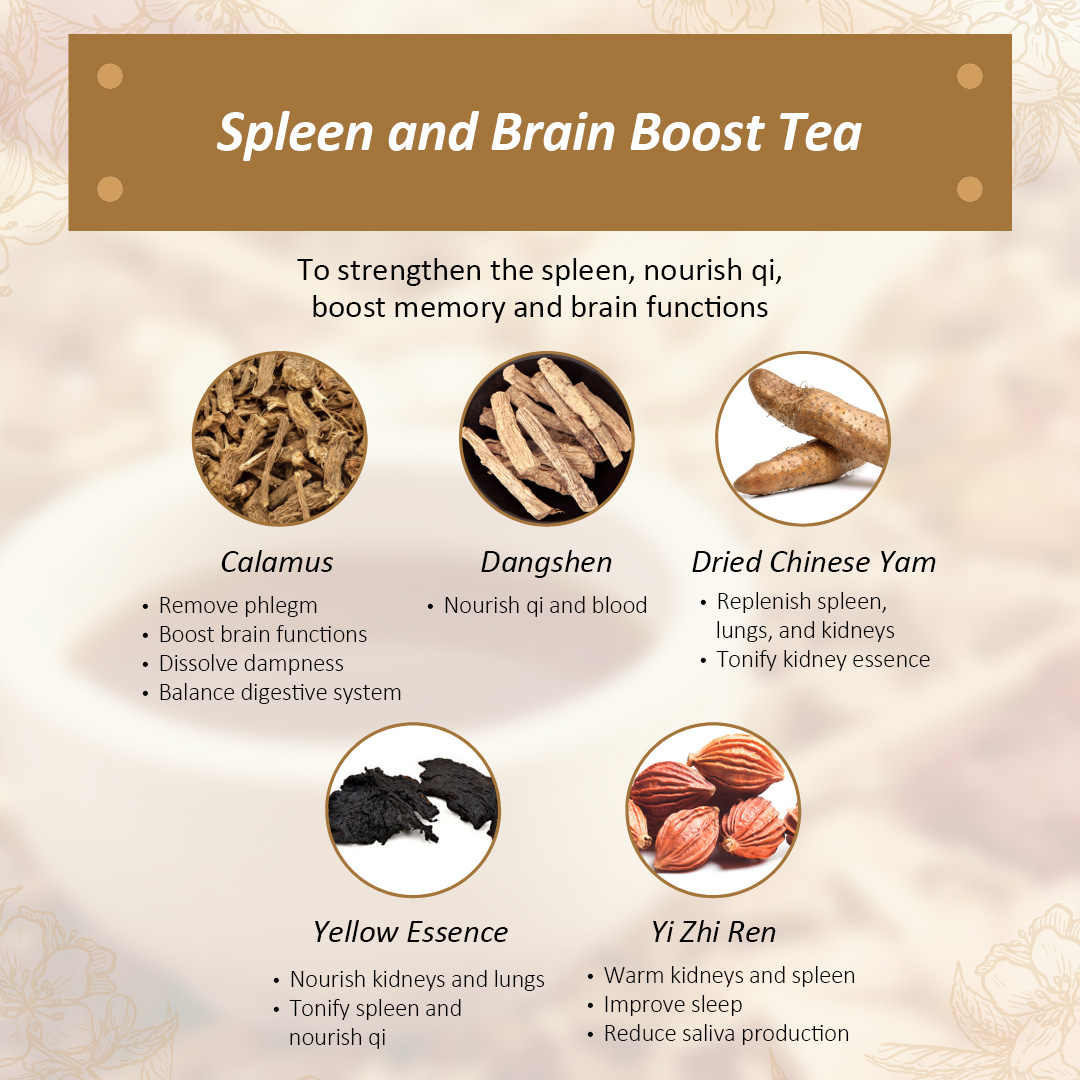 Formula purpose: This tea is formulated to strengthen the kidney and invigorate the brain. TCM uses it to treat symptoms such as sluggishness, memory loss, and agnosia which is a rare disorder characterized by an inability to recognize and identify objects or persons. These patients may also have other symptoms such as muscle atrophy, shortness of breath, increased saliva production, pale tongue, or weak pulse. 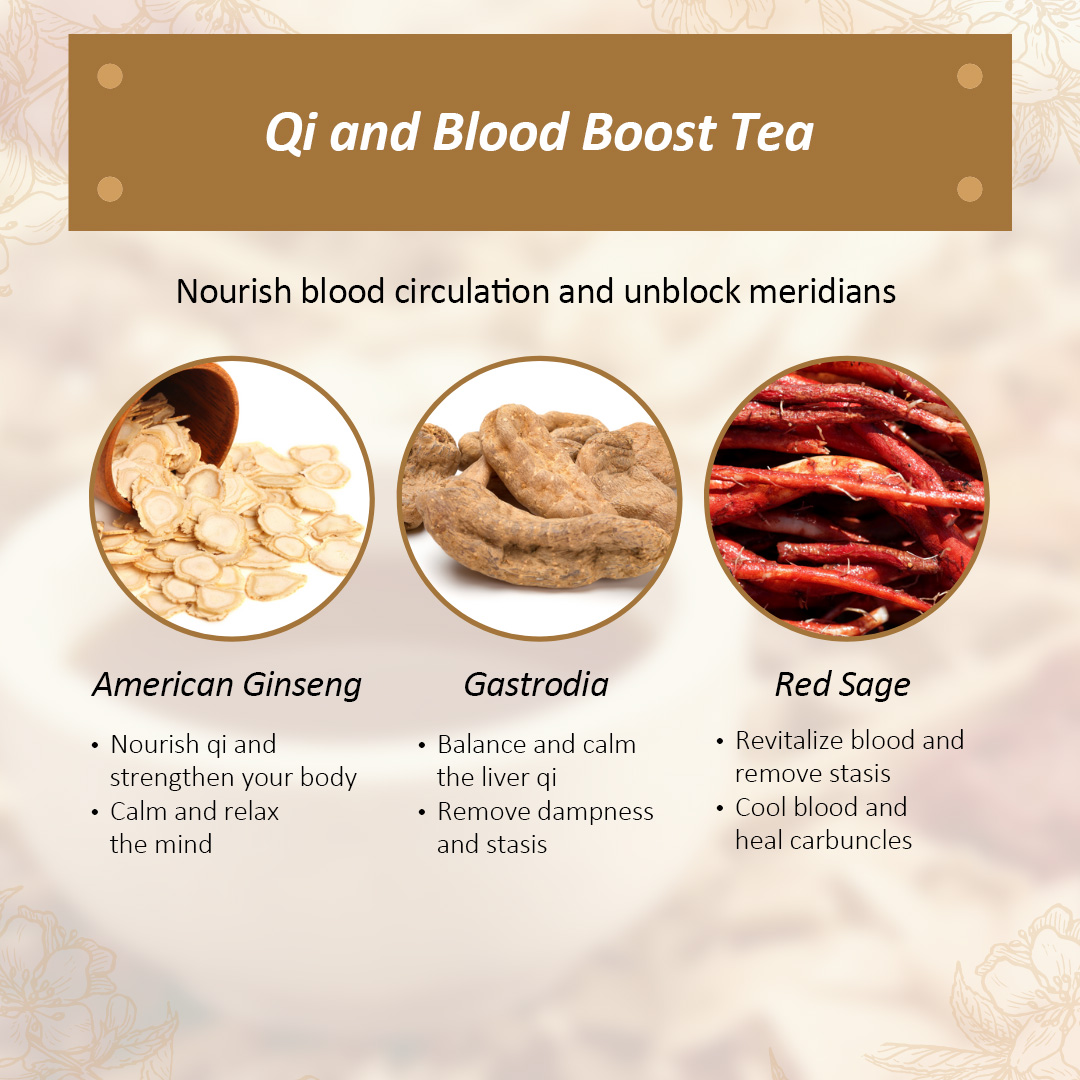 Functions: promotes blood circulation. This tea is helpful for brain fog or dementia, according to TCM. Symptoms include fatigue, difficulty speaking, forgetfulness, tongue with dark color, or petechia. In modern Western medicine, it is used for cerebrovascular dementia, cerebral atrophy, and cerebral amyloid angiopathy. 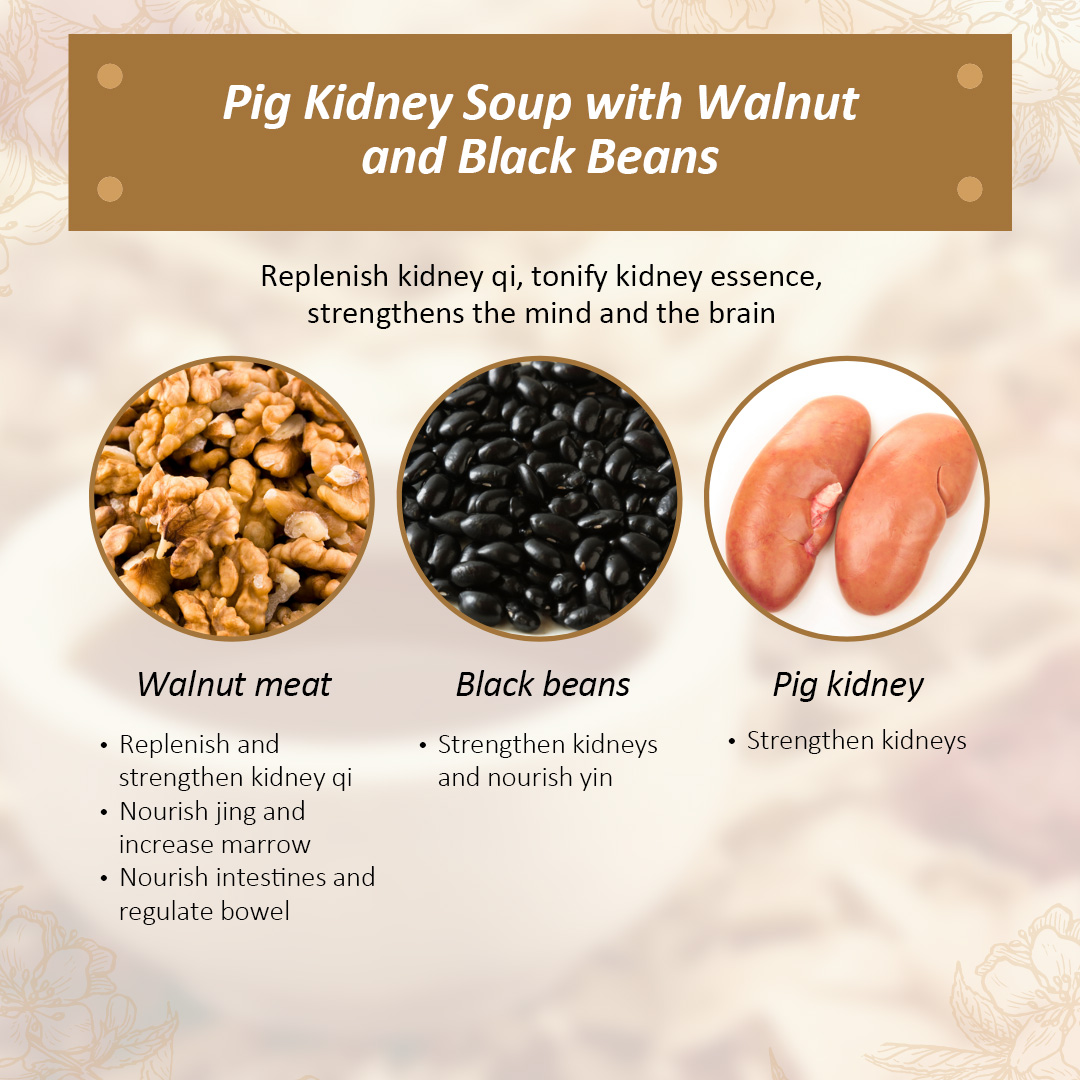 Formula purpose: Traditionally, this formula is made for kidney deficiency and dementia. Other symptoms include dizziness, tinnitus, memory loss and inability to count, sleepiness, sluggishness, back pain and soreness in the lower extremities, difficulty walking, pale tongue, and weak pulse.

The symptoms are equivalent to senile dementia, cerebrovascular dementia, and atrophy in modern Western medicine. The recipe is also beneficial for senile dementia patients with constipation.

Notes: For best results, consume the soup two to three times a week for a while. 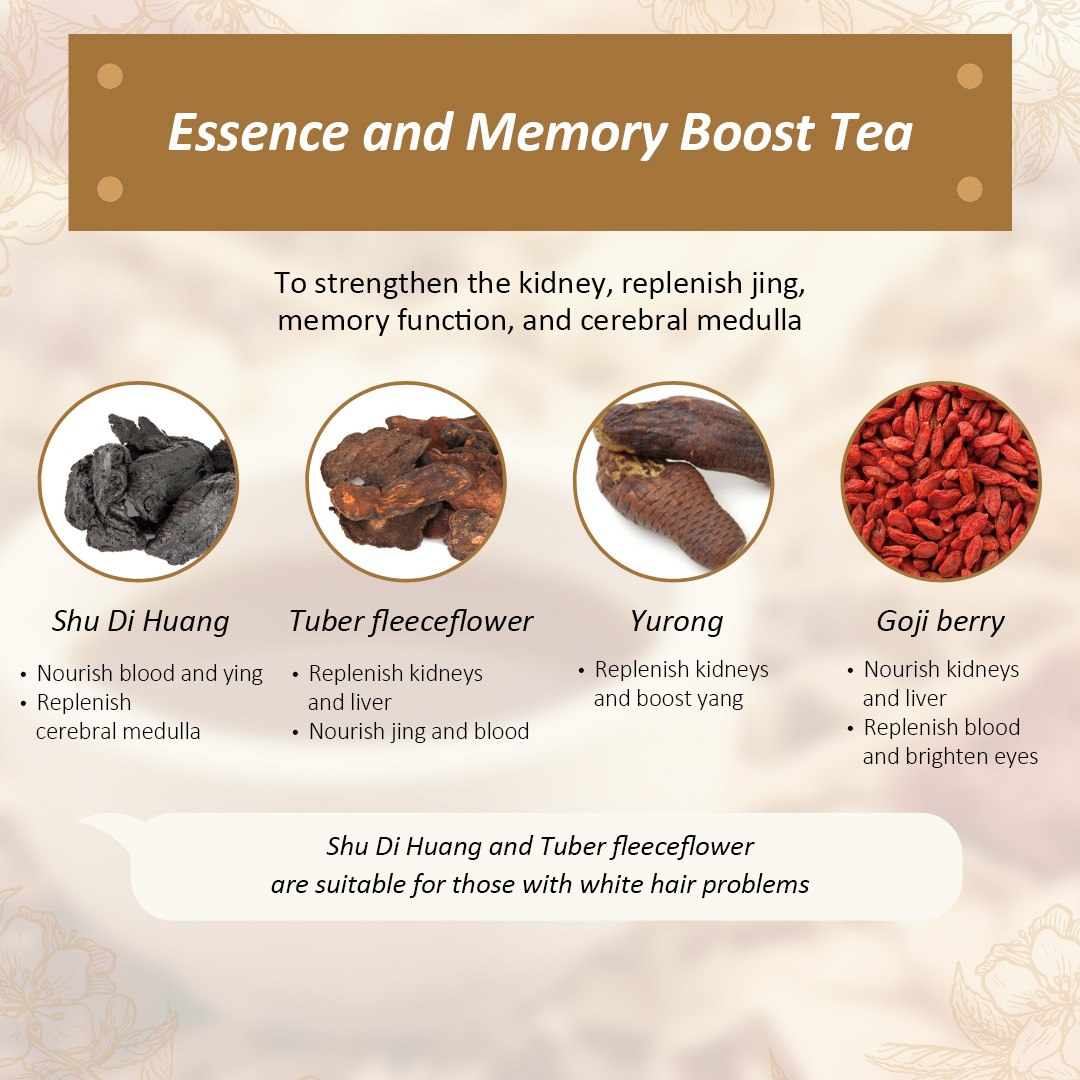 Formula purpose: Traditionally, this formula is made for dementia. Other symptoms include prematurely gray hair, early tooth decay, memory loss, dizziness, tinnitus, soreness, and weakness in the lower extremities.This tea is good for senile dementia, cerebrovascular demerit, and cerebral atrophy in Western medicine.

This tea is an essential formula for replenishing and balancing the kidneys, liver, and healing cerebral deficiency.

For best results, take the tea consistently for a while as recommended. It is unsuitable for spleen or stomach qi deficiency or bowel movement issues.

Wu Kuo-pin is the superintendent of Taiwan Xinyitang Heart Clinic. In 2008, he started to study traditional Chinese medicine and obtained a bachelor’s degree from China Medical University in Taiwan.

Healing from Abandonment Trauma: 3 Things I Learned from Being Cheated On

Winter care – 6 Tips to Keep Your Lips Soft and Smoot...

Boosters Stop Boosting After Only 4 Months